I always loved radio, all of it: features, talk shows, drama, comedy. I also worked as a radio reporter in a local station in my hometown Radom back in 1990s. My specialty were 5-6 minute news features on events in town, like Peace Corps’ volunteers arriving for their 3-month long Polish development program before they set off to their respective locations. At that time Polish radio was thriving, especially in longer features format (13-15 minutes). I still remember Janina Jankowska’s “All Poles’ Flood” that covered catastrophic flooding in 1997 and subsequently received international awards. Another one that sticked with me (and received Prix Europa) was Maciej Drygas’ Testament that told the story of Ryszard Siwiec who set himself on fire in 1969 as a protest against the communist government in Poland.

Photo by Naadir Shahul on Unsplash

I listened to Polish Radio 3 and the BBC that started streaming in 1990s. That’s when I got into recording British comedy shows such as I’m Sorry I Haven’t a Clue, The Goons, Jeremy Hardy Talks to the Nation and a whole bunch of others. I still have around 150 tapes dating back to 1995-96. Some of them in top quality Chrome, you know. Then I moved to recording files and moving them onto a digital player, I was really pleased with my Creative 30GB device that lasted for years. And then the mobile phone happened, new era of podcasts commenced and changed my life entirely. I have become a podcast junkie. I now have over 5200 podcast episodes on my playlist, 182 podcasts and keep on trying new stuff as the medium is evolving. Being a digital hoarder I have downloaded 100s of them on a backup disc just in case the internet disappears…

I jumped the podcast bandwagon very early, in 2008. The 1st podcast that caught my attention was TVO’s Big Ideas, it’s a series of scientific lectures by top thinkers in their fields: Christopher Hitchens, Marc Abrahams, Oliver Sacks, Noam Chomsky, Steven Pinker. It was all there, free of charge! I could download it and listen WHENEVER and WHEREVER I wanted. There was one in particular that I listened to couple of times: The Stuff of Thought: Language as a Window into Human Nature, top quality stuff and very funny too, especially if you enjoy swearing. Then in 2009 came the Infinite Monkey Cage, the golden standard in humor & science category. From the intimate, small, entertaining podcast, Ince & Cox duo joined by a diverse roster of comedians, actors, scientists, have by now taken the show to international audiences, touring the US, Australia, Europe with live audiences to full capacity, having the likes of Helen Sharman and Tim Peake as their guests. And since everything is now interconnected, Robert Ince is also running his and Josie Long’s Book Shambles via Trunkman Productions, very cool podcast on books, as the name suggest and guests among others include Stewart Lee, Reginald D. Hunter, Marcus Chown, Helen Zaltzman, Adam Rutherford (not from these Rutherfords). These are brilliantly meandering conversations where a particular book or an author is only a start for a very broad ramble about pop culture, comedy, science, TV, music. BTW, Helen Zaltzman and Adam Rutherford also have their own shows: The Allusionist and Inside Science, respectively. Zaltzman and her brother Andy have massive respect of the podcasting community, she started back in 2007 with Answer Me This as did Andy with John Oliver in the Bugle until 2016 when Oliver had to resign due to his US TV commitments. Zaltzman continues The Bugle with the top line-up of Alice Fraser, Anuvab Pal, Hari Kondanoblu, Nish Kumar and couple of others (including his sister) who comment & satirize current news in the most entertaining way, doing pun runs & throwing certain newspaper sections into the bin. Almost every day I ask myself a question would I take The Bugle as the only podcast to the desert island? Or would it be Richard Herring’s RHLSTP with classic episodes including thundering Brian Blessed and fragile Stephen Fry who for the first time in public talked there about his recent suicide attempt. Or, for that matter, Adam Buxton’s podcast with the best jingles ever and beautifully rambling conversations with actors, his dog Rosie, musicians, journalists, activists, writers. Most recently with brilliant Philip Pullman who’s very topical thanks to terrific TV adaptation of His Dark Materials for the BBC & HBO, highly recommended by the way.

That’s to say there’s something for everybody, my playlist is evolving around science, humor, technology and except for Krista Tippet, Sean Carroll and Anil Dash is very much dominated by British writers, journalists, scientists, comedians.

Even if I wasn’t contractually obliged to say only nice things about Irish I would still mention couple of Irish-led or Irish-themed podcasts. So if you’re interested in learning more about Ireland and Irish diaspora in particular, have a go at An Irishman Abroad by Jarlath Regan, sponsored by Currency Fair. His guests, among others were Daragh O’Briain, Chris O’Dowd, Roisin Conaty so you can expect delightful storytelling, plenty of anecdotes and excellent insight into Irish character, upbringing, culture & family life. And if I were to choose one episode of a podcast with an Irish person being interviewed that I particularly enjoyed, I’d go for The Rule of Three with Aisling Bea where she talks about Father Ted as her favorite comedy. It’s thoroughly enjoyable, with astute observations especially in the context of social changes and approach to church as an institution that have taken place in Ireland in the last 10 years. If you have any interest in mental health, culture, music, self-care, raw takes on every-day life struggle, have a go at The Blindboy Podcast. Dave Chambers with his melodic Limerick accent is honesty impersonated and has built a cult following and quite rightly so, given his talent and creativity.

For those interested in fintech and technology: try Money Never Sleeps by Eoin Fitzgerald (my Enterprise Ireland colleague) and Pete Townsend where they interview, mostly Irish entrepreneurs about their business adventures. There’s a fair amount of detail on Irish tech and entrepreneurial ecosystem.

Why “My small media empire”? Since I am a massive fan of some of these shows and they have become my main sources of information & entertainment, it’s only fair that I support them financially. I use Patreon where I can chip in to support The Bugle, RHLSTP, Bookshambles, Alice Fraser on a regular basis. I can make it $1 per episode or 10 USD per month depending on my spending and have a warm feeling of satisfaction that I can support these talented artists, comedians who can continue their passions & hobbies, creating top quality content. There’s another important aspect of that contribution, I feel a part of a wider community of fans who have listened to all episodes and have insight into callbacks and specific references. In all cases I get some sort of reward, I particularly enjoyed a lie said about me by Andy Zaltzman, apparently, I enjoy drinking milk and eating fruit and then go jumping on a trampoline to make myself an milkshake...

I hope that if you haven’t tried podcasts yet, you will do so now, the best thing about the medium is that you can find whole podcasts or specific episodes on very niche topics. Even if it’s as niche as Drunk Women Solving Crimes!

On the technical side of things: if you’re using Android phone I highly recommend BeyondPod as the podplayer app. It has a robust set of features for creating & editing playlist, exporting, saving, configuring download and streaming options. On iPhone, there’s a default Apple app but I much prefer Overcast that’s very similar in functionality to Beyondpod.

Here’s a selection of my top 20 picks in no particular order:

What are your favourites? 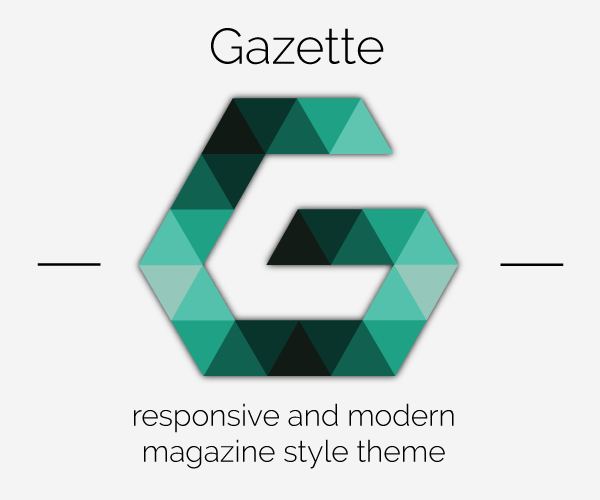